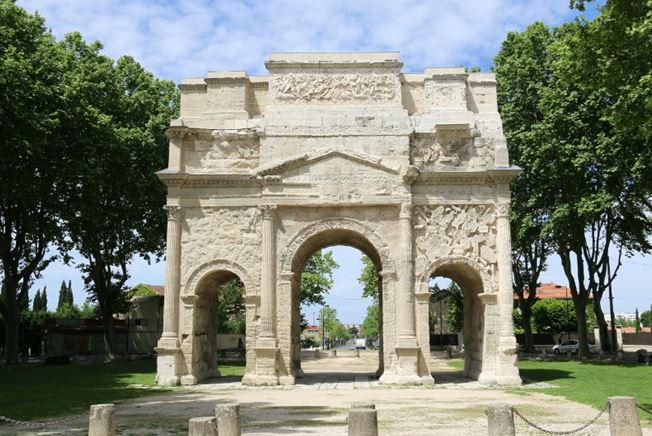 UNESCO world heritage, historical and cultural heritage of the city of Orange, the Orange Arch bears witness to the triumph of Roman imperialism. This exceptional monument of Provençal Roman art was first dedicated to the glory of the veterans of the Second Gallic Legion, founders of the Roman colony of Orange, then to Tiberius. It is an honorary passage that once marked the boundaries between the world of the dead and the ancient city.

Triumphal arch generally originate from a rite and more precisely from the gates built at the entrance to Roman cities. This type of construction was specially erected for the occasion and was intended to mark the triumphant return of a general and his army. The Orange Triumphal arch does not represent a particular triumph but it symbolizes the supremacy of Rome at sea as on land. Named Triumphal Arch, it would be more accurate to say Municipal Arch.

More information about The Arch : https://fr.wikipedia.org/wiki/Arc_d%27Orange

Other activities near the hotel: https://www.masdesaigras.com/category/activites/