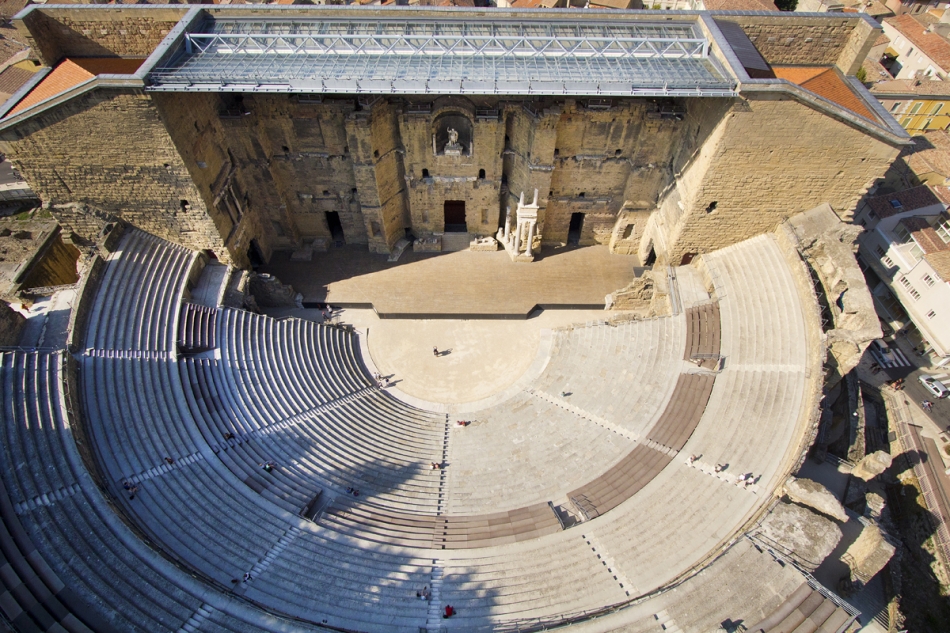 The Ancient Theater of Orange, built during the reign of Augustus in the 1st century BC. AD by the veterans of the 2nd Legion of Julius Caesar, is one of the best preserved Roman theaters in the world. It still has an impressive exterior wall with the original elevation (104 m wide by 35 m high).

A festival has been held there every summer since 1869, called “Fêtes romaines”, then “Chorégies d’Orange” from 1902, then the Nouvelles Chorégies since 1971 (with, for example, Barbara Hendricks, Plácido Domingo, Montserrat Caballé, Roberto Alagna, René Pape and Inva Mula). Every winter since 1891 has been celebrated a “feast” for lovers of ancient art.

Since 2002, the city of Orange, owner of the Ancient Theater of Orange, has called on the company Culturespaces to manage the theater and enhance it thanks to its wall.

The Ancient Theater and the Museum of Art and History are open every day, all year round.

Museum of Art and History

The bookshop-boutique is open during Ancient Theater of Orange hours.